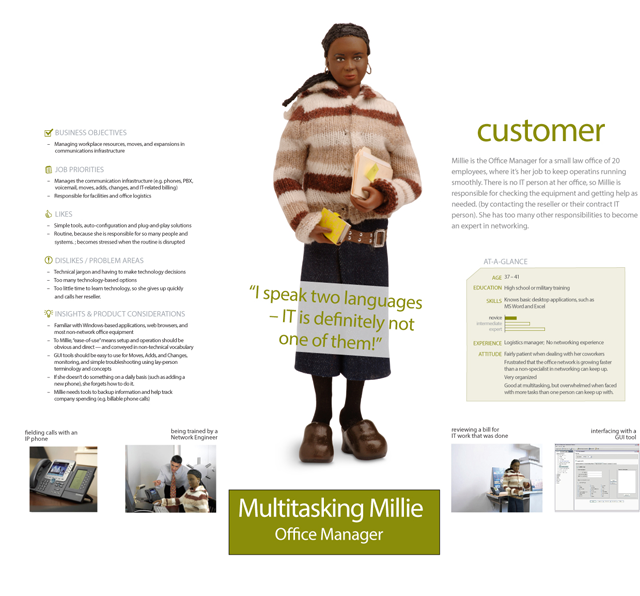 A leading Silicon Valley tech company contacted us to “improve the usability” of their products; however, we identified several challenges that would prevent this organization from developing usable and delightful products, let alone build a culture that could sustain such usability. First, their product teams had no common vision of who used their products. Second, internal design teams had a hard time engaging engineers in meaningful dialog around users’ needs.

As a result, we helped the organization first understand that great design requires understanding users’ priorities, expectations, and challenges. Second, we helped internal design teams recognize that they could treat the engineers with whom they worked as users of their design services. As such, the design teams needed to find a way to make the engineers to want to engage with them.

Ours solution was that the team conducted ethnographic user research to understand their users, and created a set of personas to align cross-functional teams around a common vision of these users. But to engage the team, we created a persona format that made the personas sticky and made it fun to engage with the design team. Because Engineers often collected action figures, such as Spider Man, and others, we created action figure-based personas. In the end, we inspired and engaged internal stakeholders, and aligned cross-functional teams around a common vision of users.

The UX team for which we produced these personas won an award for innovation presented a cross-company business council, and the Chief Marketing Officer posted framed pictures of all of the personas outside his office, saying “Do You Know Who Your Users Are?”

In the end, engineers had fun with the personas, and we even created pop-ups and created a poster saying “Collect All Seven!” Shortly thereafter, we found engineers bartering for different pop-up action figures, and several had the whole set on their desks. In fact, recollection and recognition of personas across product teams rose significantly. We got their attention, and they loved it! 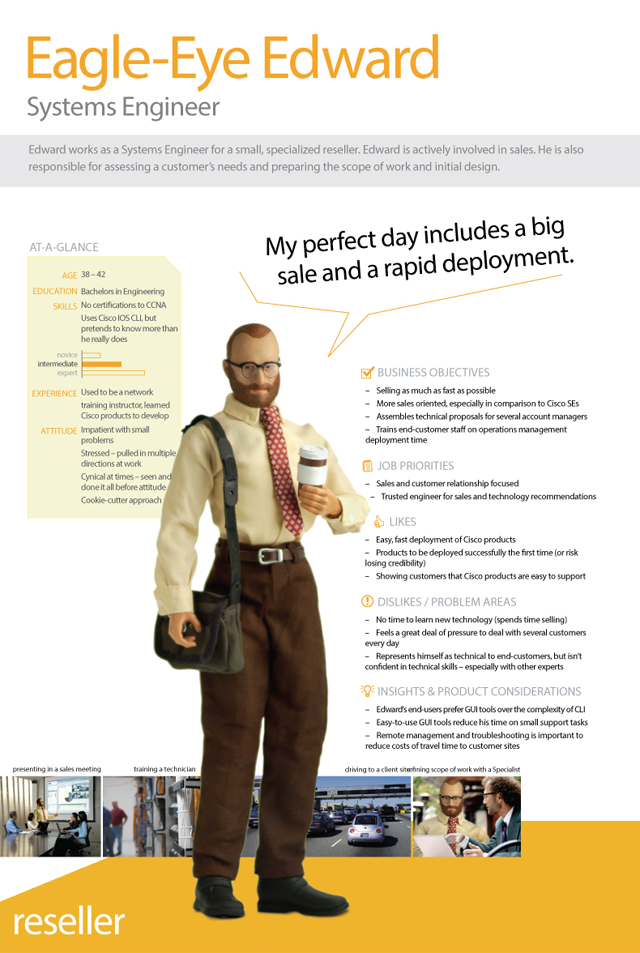 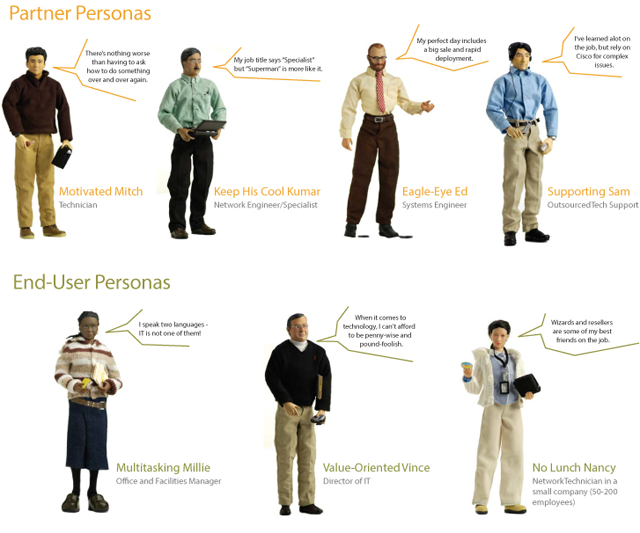