What were the challenges? Overall, users were given a forced flow that did not make sense to them, or progressively enable them to achieve small successes. The product had numerous features that virtually no users took advantage of, but having these features significantly increased complexity of the app. The visual design was very poor, in that there was virtually no visual hierarchy among seemingly random elements on the page. More than that, elements moved from page to page, and the flow changed, depending on the task the user performed. All in all, during the workshop, the cross-functional team identified that the product possessed serious flaws.

Unfortunately, Product owners and other stakeholders held too much attachment to the product to-date. Rather than try to push with no hope for successful change in the organization, the Senior VP of the organization requested we lead an Rapid Design workshop. In this workshop, product management, engineering, marketing, and design convened to identify a solution, within very strict political parameters. 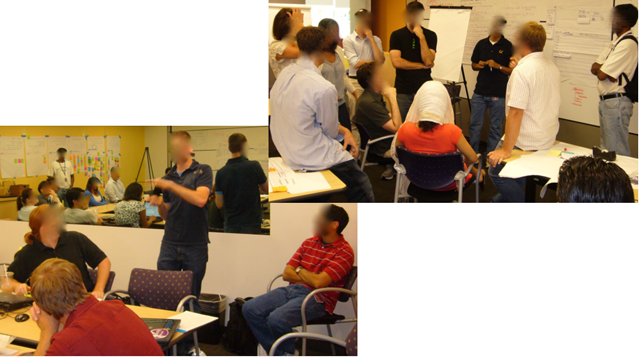 In the end, because the existing product had so many challenges, we found a path to success by defining a new product. Product Management agreed to invest in a much more focused, simpler desktop-based product to meet a use case that would help them monetize at a much higher rate.

The cross-functional team then sketched the new product right in the workshop, identified the core and differentiating capabilities, and then tested paper prototypes with users. At the end of the workshop, each stakeholder agreed to a set of tasks that their organization would complete to drive the product forward.

It is important to note that leading up to this design lab, stakeholders from different groups seldom collaborated, and competed in unhealthy ways. During the Rapid Design workshop, they came together and solved a big problem to produce a series of successes they had previously not experienced. Not only did each person in the workshop have emotional attachment to the new idea, but the workshop increased trust, candor, and collaboration among stakeholders. In the end, each individual took action to convince their executive staff. Each organization felt that the new idea arose organically from within their team, and thus they felt motivated to ensure its success. When individuals work together to solve real problems, organizations not only support the new concepts, but defend them on an emotional level. 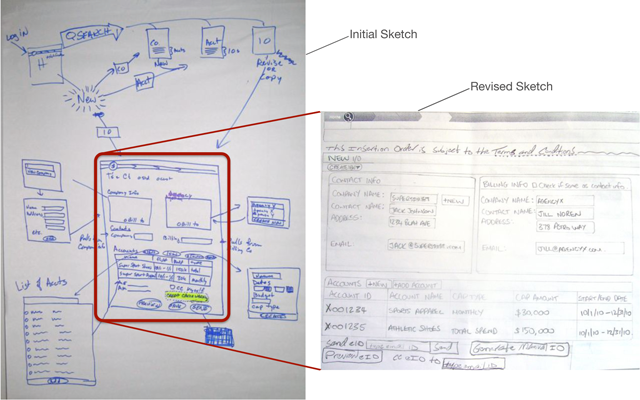 The result was that 95% of users—even novices—could successfully create a new search marketing campaign on the first attempt. From a revenue standpoint, the company saw a 16% uplift in the first month this product was available. 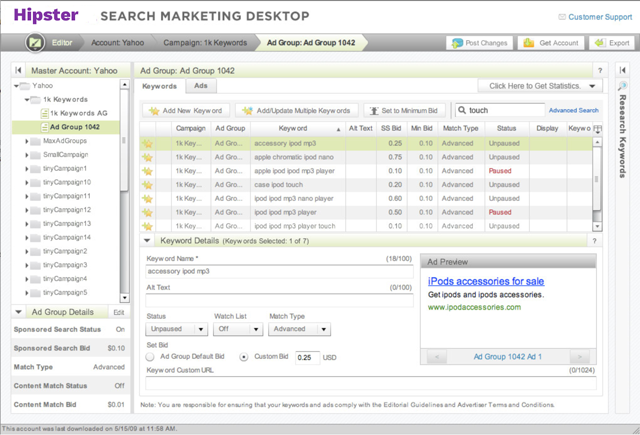