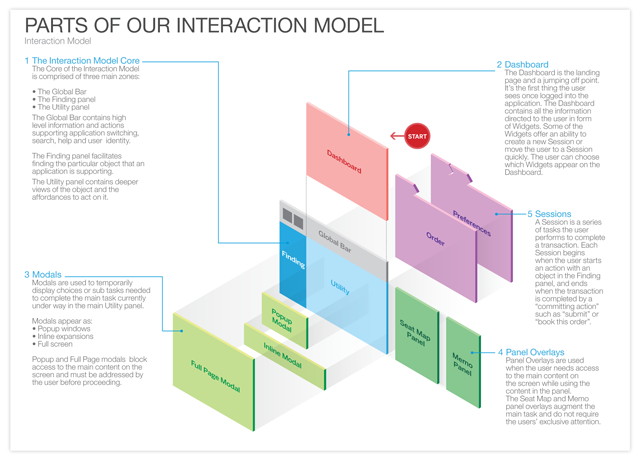 One company asked us to design a new family of applications that crossed web, tablet, kiosk, and mobile, to help them transform a marketplace. Before jumping into designing the 300+ screens we ended up creating, we needed to define and be able to articulate an architectural framework that supports the conceptual models of target users, called an Interaction Model. Such a model is the glue that holds an application together. It defines how all of the objects and actions within the app interrelate in a way that supports real-life user interactions. It ensures that users always stay oriented and understand how to move from place to place within the app. This model is something that users internalize, but could not articulate—and wouldn’t care to even if they could. It also provides a common vision that enables designers, developers, and stakeholders to create consistent interactions. It is like a cypher or secret decoder ring: Once you understand the model, you see a pattern, and you understand how the pieces fit together. Users internalize well-constructed interaction models, which make most actions within a system more predictable. Defining the right interaction model is a foundational requirement for any digital system and contributes to a cohesive, overall UX architecture. 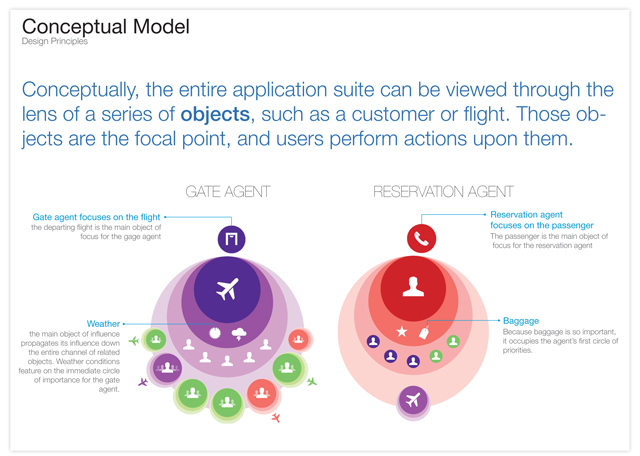 We conducted user observations to understand how users conceptualized their goals, how they thought about objects supporting those goals, and the actions they performed on or using those objects to achieve their goals.

We also ensured that the model worked across different types of sizes of screens. 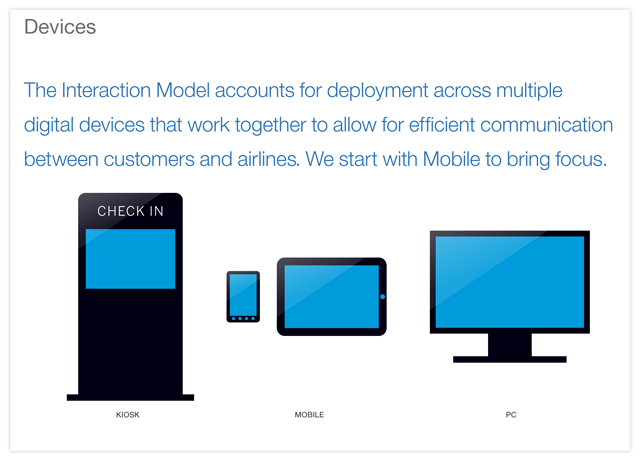 We recognized that each type of device had different characteristics to consider. 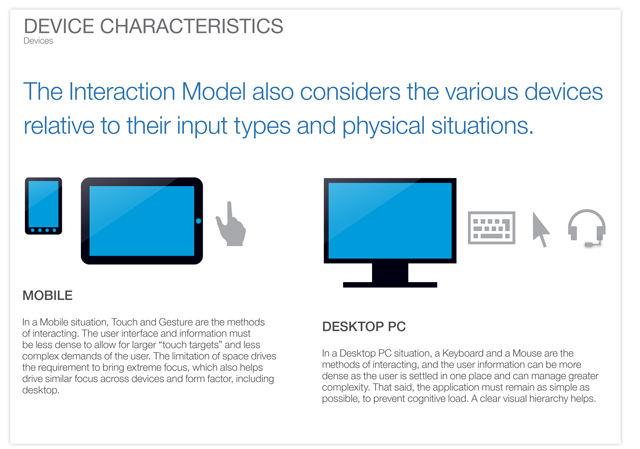